Serendipity in Books I Read this Year

This is the time for reviewing the year. Newspapers and online columns list of best books of the year.

This year, I read three novels back-to-back examining romantic relationships in which one partner was significantly younger than the other. Although I have been involved with much older lovers and much younger lovers, I had not planned to embark on mini research into novels about May- September romances. Rather, I choose each book for reasons unrelated to romance and ended perplexed they had such a similar plot focus. 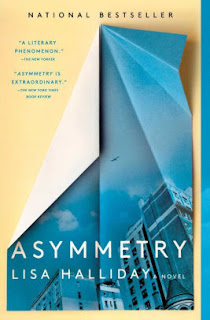 The first was Asymmetry by Lisa Halliday, which was hailed as an unforgettable novel about luck, love and the entwining of life and art. I have been perennially fascinated by these topics, which have been themes in several of my novels. Philip Roth inspired one of the characters and I chose to read Asymmetry partly because of my appreciation of his writing. The first third of the novel focuses on the love affair of a young woman and her lover who is forty plus years older and a famous writer. The final third is an interview of that same lover about his writing. 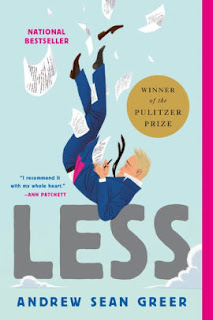 Less, the second novel, won the Pulitzer Prize for fiction and I wanted to familiarize myself with Andrew Sean Greer’s writing. Plus I was intrigued that it concerned a writer turning 50 reviewing his life and career while hoping across the world from one literary event to another. However, his love life is bracketed first by a relationship with a much older man (his first love) and more recently a much younger man (his most recent love). Much driving his voyage and the plot were spurred by these relationships and exploring the different vantage points.

I chose Julian Barnes’ The Only Story because I loved The Sense of an Ending. In this novel, the love affair is between a nineteen year old man and a 40 something married woman which, as the title implies, ends up informing the story of his life, but not especially happily. 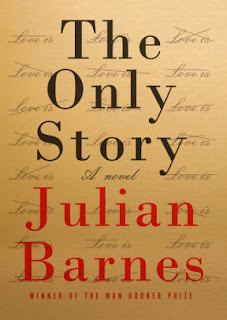 Three books coincidently had similar, atypical plot elements of September-May relationships of various configurations. I wondered at the coincidence and asked myself if there’s a “message from the universe” in the happenstance?

In the first two books, the underlying friendship and respect continue regardless of the age difference, or personality issues ending the lovership. In the Barnes’ book, the mental health issues of the older woman end up tweaking her young lover’s life in such a way that this first relationship remains his only story. His love and concern for her trap him so he does not form another significant relationship. He becomes the parental figure. Each novel presented windows to different life experiences on the same theme with occasional truths. The assumption that the older partner was “parental” did not hold true.

So did I love all these books? No. I was entertained by them, each in a different way, and I was exposed to different lives and minds which is a hallmark of a good novel. The language in all three sang and offered profound sentences and prose exhilaration. Enough of a reason to read, I think.

But what’s the take away about lovers of vastly different ages? As to be expected, there really isn’t any universal. Except the obvious that ends up being hallmark in all love: the importance of friendship, caring, and acceptance. And the enormous sadness of loss.

About Infidelity: A Memoir, from the publisher:

She thought they were the perfect couple. She authored Keep the Home Fires Burning: How to Have an Affair with Your Spouse and appeared on Oprah, Donahue, and Sally Jessy Raphael as an expert on the joys of sexual monogamy. She was a marriage and family therapist who counseled patients coping with cheating spouses. She believed she had escaped her family legacy of marital infidelity. She was wrong. After thirty years of marriage and three children, Ann Pearlman discovered her husband’s affair with another woman.

In Infidelity, Pearlman tells the true story of the devastating effect of adultery across three generations of American women. An award-winning author, columnist, psychotherapist, marriage and family therapist, Pearlman draws on sociological and anthropological works as well as her own experience to write out her rage, pain, depression, doubts, and, eventually, her journey back to confidence and strength. Originally published by MacAdam/Cage in 2000, Infidelity was nominated for a Pulitzer Prize and the National Book Award, and also served as the inspiration for a Lionsgate film.

This column appeared several months ago on the campaign for the American reader.

Here is another column about Infidelity that he published.